"MY JOURNEY TO THEY/THEM PRONOUNS" 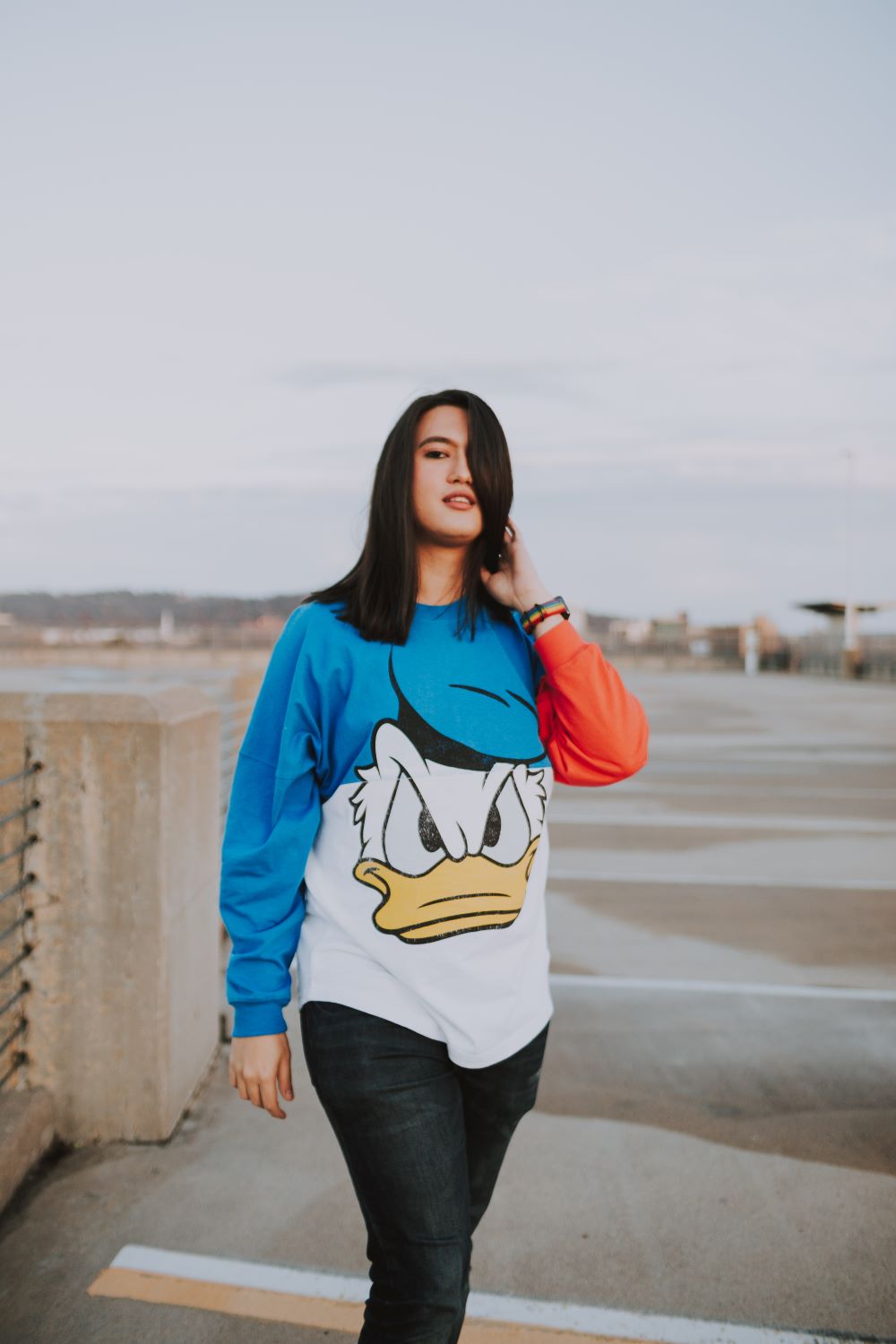 I was not afforded the right language for who I am growing up. What I knew about queer culture was as binary as male and female. I knew gay and lesbian. I have known I was different since I was in pre-school. I remember during recess, me and a group of friends would role-play TV shows we watched. It was very intuitive for me to take on the role of a female character with my friends who did not only accept my role-playing but, in some ways, would expect it. In 4th grade,during an event for my school library my classmates and I signed-up to participate in a fairy tale play and I chose to play the role of Maleficent. Luckily, I was on the committee putting on the show and since no one else had signed up for the role I was able to fill it.

I have always been confident in my self-expression even if it went against the grain.I cannot say the same thing about my gender identity, as not only was I lacking the right language I was also terrified to come out. To combat the ambiguity of who I was to some people, I made the topic of my sexuality a game.Some days I would feign coming out and some days I would deny that I said anything. In retrospect, I realize that it was a game of survival, I was balancing being true to myself and not being ostracized and discriminated against. Growing up, I experienced bullying because of being naturally effeminate. Unlike other LGBTQ+ kids, I am lucky the taunting and ridicule did not extend passed the 4th grade.

I started growing out my hair and wearing make-up when I was in college. I went to a private Catholic liberal arts university that did not have a stringent policy on how the binary sexes should express their gender. It was during this point in my life when the compliments I got took a traditionally feminine turn. Gorgeous.Beautiful. Pretty. I reveled in it; I did not know that words could sound so sweet in my ears. It felt natural, like I should have been called these adjectives growing up. However, my Catholic education did not free me. I did not have control over how I was perceived. I did not have the language to justify my existence, I did not know I could, I did not know I had to. I did not have guidance or classes available to me to help me through the process of owning my thoughts, my feelings, and myself or to navigate the terrain of a culture that deliberately and insidiously places trans/non-binary people at the margins.

It wasn’t until grad school that I finally learned about who I was and the people that came before me who were like me. There were people who lived openly,courageously, and to the detriment of the status quo—unashamed of themselves. I learned about non-binary genders when I enrolled in an independent study class in the Multicultural and Gender Studies department at the state university I went to. In addition, I took classes in feminist theory, LGBTQ+ issues and histories, and others that opened my eyes to the relationship between gender and Western colonization. Education provided me the language I needed, and the courage that was necessary, to live a life that is true to myself.

When I came out to my dad in the summer of 2017 I did not have to explain much. I was lucky that he subscribes to National Geographic and that year the publication released an issue called Gender Revolution that centered the argument of gender being a construct and spotlighted stories of Trans* people and kids. I came out as non-binary with a very basic understanding of what that meant for me. I came out to him in his car while we were driving around town, because I did not want to talk to him face-to-face. I did not want him to see the uncertainty in my face should he ask questions I was not yet prepared to answer. I thought this far ahead. I just knew that I am both; and not either;or. I relished in the idea that masculine and feminine energies existed within me and I like how they flow through me and within me like different colored lights. My binary-trained mind envisions pink and blue lights, but I guess that’s fine because these colors look good together.

Soon after, I came out to my mom and I came out at work. At the time I was a Graduate Assistant in the state university that I attended. I came out to a group of accepting professionals who made me feel good and safe in my own skin.One of them pulled me aside after the work meeting where I chose to share my gender identity and asked me what pronouns I’d like to use. At the time I was accustomed to he/him, however this conversation conjured in me an excitement and a curiosity about using they/them pronouns. This person offered to order two name tags for me after I expressed my openness to the idea, one that had he/him/his below my name and one that had they/them/theirs. In her efforts to be sensitive to my preference, she advised that I wear the name tag with the pronouns that best represents how I would like to be addressed. At first, this changed from day to day. As time went on, I preferred one over the other for a longer period. This went on for two years.

After graduating with my master’s degree, I moved to Fayetteville for a full-time job and was forthcoming with both sets of my pronouns. Most people I met and interacted with easily reverted to addressing me with he/him pronouns, I think because it is easier. Very few were happy to address me with they/them pronouns. This was in total contrast to my experience back in my previous institution. I found that in Arkansas name tags with pronouns are almost an unheard-of concept or perhaps even taboo. Without the help of this identifying tool I find myself in uncomfortable situations hearing people address me with he/him pronouns, which has reinforced my strong identification with they/them pronouns. In the summer of 2019, I decided to drop he/him pronouns and use they/them primarily and solely and I was happy with my decision.

It took six months to get my pronouns on my business cards. My request may not have been the first of its kind but I am sure I was the most persistent. However,this was not an easy feat. The painful silence and resistance I experienced in making it a reality will stay with me for a very long time. I did not wage the same war for my professional name tag; I was tired by the time I got my business cards. Some of my friends talk to me about how buying a car is the most stressful thing they’ve experienced in their life, my pronouns on my business cards were it for me.

For all the time that I was exploring with my pronouns, my family did not know. I did not want to deal with the questions and the harm that it may have caused had the reception not been positive at the onset. When I finally came out with my pronouns, I did so over brunch with my Dad while visiting with him and my stepmom in San Francisco. We were in a Korean restaurant on the corner of Jones and Beach Streets and I chose to open that conversation after a glass of mimosa. He had two questions, one was how could my pronouns be they/them if that denotes plurality and I am only one person. The other was if it is okay if he still calls me his son. I answered the first question with a short and trivial grammar lesson. The second question I answered with a yes. As much as I would prefer being called his kid or his child, I respect his being my father. I honor what I am to him. And I cannot be anyone else’s son but my parents’ so I wholeheartedly accept that.

My pronouns are only one facet of my identity, there is more to me than my gender.However, it has taken center stage because of the many challenges I have faced to discover that part of myself. Self-discovery is a journey and so is self-acceptance. There have been multiple times when I thought I’ve arrived or thought “this is it, this is who I am.” While it’s true that you get to a point in your life when you identify the non-negotiable of who you are and your identity, it is never stagnant. Every time I find the courage to speak about some part of who I am that bubbles underneath the surface I feel like I am stepping on a plane of existence that is different from the last. It feels like a whirlwind, then the spinning ends and I stand taller and stronger. People will try to take away my confidence because perhaps they are not accustomed to it, are offended by it, or maybe that is just how the world works. Whatever the case, I remind myself that when I earn the agency to take up space that I have a responsibility to protect that space and share it with others who have yet to find their voice.

Mitchell Foster is a student affairs professional at the University of Arkansas in Fayetteville. To read more about what Mitchell, go check out the Meet Mitchell blog or follow them on Instagram. 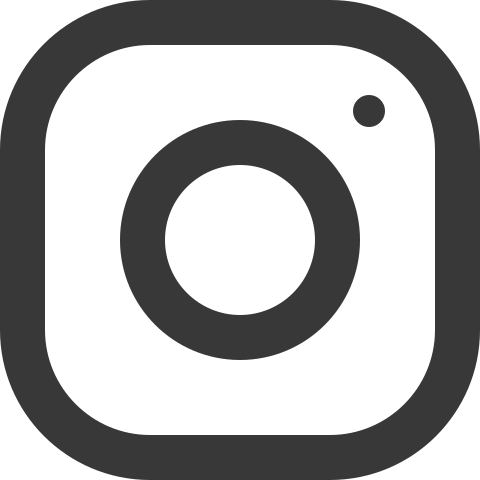